Bill Young has defended clients in Wake County for more than 25 years against charges such as murder, drug trafficking, sexual assault, DWI, and a list of other felony and misdemeanor charges.

For the last quarter-century, Bill Young’s practice has been dedicated to the practice of criminal defense in both district and superior court. While experienced in the most egregious of cases, he regularly handles cases involving traffic violations, charges of driving while impaired, assault, battery, larceny, domestic violence, and drug offenses.

Bill Young is a former Wake County Magistrate Judge and graduate of North Carolina Central University School of Law. While presiding as Magistrate Judge, Bill furthered his study of law through the night program at NCCU Law. Bill earned his juris doctorate from NCCU Law in 1991. Bill joined Hatch, Little & Bunn, LLP in 1993 as an associate and was elevated to partner in 1996.

Prior to Law School, Bill attended North Carolina State University where his passion for defending American liberty and the US Constitution was ever-present. In addition to celebrating NCSU’s 1983 National Championship, Bill was active in peaceful demonstrations against cruel and unusual punishments and coordinating campus wide forums on liberty during our nation’s bicentennial. This commitment to jurisprudence was memorialized in the centerfold photograph the April, 1987 U.S. News and World Report magazine’s celebration of America’s bicentennial. Bill Young remains connected to his alma-maters often participating in campus events and assisting fellow alums when possible. Bill Young is a devoted NC State Wolfpack and NCCU Eagles fan.

Bill Young has served on the board of directors for Interact and was appointed by the Wake County Commissioners to the board of directors for the Juvenile Crime Prevention Council from 1999–2001.  Bill Young has served on the steering committees of both the Criminal Justice Section of the North Carolina Bar Association and the Domestic Offenders Sentenced Education Program (DOSE), in addition to his work on the North Carolina Bar Association’s Domestic Violence Task Force and the North Carolina State University Social Work Advisory Council. 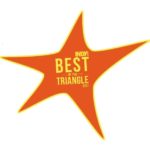